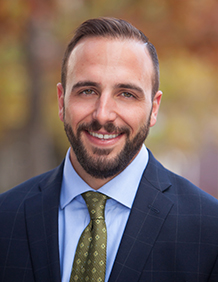 “As a former prosecutor, I recognize and appreciate that a criminal defendant’s right to a trial by jury is the fundamental check on the government’s otherwise unconditional power. As Thomas Jefferson observed, trial by jury is “the only anchor ever yet imagined by man, by which a government can be held to the principles of its constitution.” With that in mind, I draw upon my extensive prosecutorial experience in every case to prepare for trial from the outset, to develop legal defenses that expose weaknesses in the government’s case, and to simultaneously maintain effective negotiations with my adversary to yield the best result possible for my client.”

Prior to joining Richards Carrington as a criminal defense attorney, Drew Eddy served as the lead prosecutor for the Denver District Attorney’s office. While there, Drew was responsible for the prosecution of 500 felonies, including homicides and other high-level crimes, as well as 3,000 misdemeanor offenses.

Drew was personally responsible for the prosecution of hundreds of felony drug charges relating to the manufacturing, sale and distribution of narcotics in Denver. Drew also prosecuted numerous cases relating driving under the influence of alcohol and/or drugs; often relying on blood and breath testing evidence, he successfully tried many of these cases before a jury.

Drew also prosecuted misdemeanors including third-degree assault including domestic violence matters, unlawful sexual contact, indecent exposure, and careless driving resulting in injury and death.
During his tenure at the DA’s office, Drew tried more than 50 felony and misdemeanor and felony cases before a judge or jury—while also going before the court for innumerable pretrial matters such as preliminary, bond and motions hearings.

His close work with law enforcement regarding case intakes, filings, and search warrants, provided Drew with valuable insight into the inner workings of law enforcement and prosecutor offices in Colorado.

Now in private practice, he draws on his extensive prosecutorial experience to develop legal defenses that expose weaknesses in the government’s case and to simultaneously maintain effective negotiations to yield the best result possible for his clients.