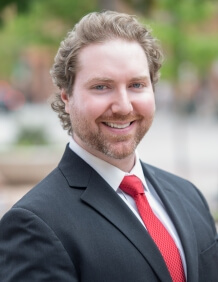 Chase has had the privilege of serving clients in private practice for his entire legal career. Focusing on both criminal and civil litigation, he has handled numerous cases as sole or lead counsel ranging from the defense of drug felonies, sex offenses, and weapons charges to civil matters involving estate litigation and more “run-of-the-mill” commercial disputes.

The diversity of Chase’s caseload keeps him in the courtroom regularly and allows him to approach each new case with the insight, knowledge, and creativity that clients’ modern legal needs require. Some of his past successes include: